Thanks to my recent technical commenting experience at Bologna’s MotoShow, I reflected on how a non-experienced audience can watch and understand the drift drivers perfomances. When I used to watch races as a simple fan I had difficult times trying to follow the competition.

If you are not assisted by on-site comment and without the battle bracket it’s hard to get a grasp on how the race unfolds. Here is a brief tutorial to help you when you watch the next race.

Most likely you already have an idea on how a drifting race is held, but I’m going to give you a recap. During qualifications the drivers perform solo drift runs. After each run they are given a score thanks to some telemetry hardware installed on their cars. Usually each drivers has three runs, the first being a warm-up one. The second and the third run are the good ones. Given that the drivers’ qualify is based on the best run each drifter has his preferred strategy. Some prefer to risk in the first one so they can have a second chance if anything goes wrong. Some prefer to race safer in the first run and to have their chances during the second one.

After qualify the judges set up a tennis tournament style bracket, in which the best driver is going to race against the worst driver, the second best versus the second worst and so on. This phase is called twin drift, battle or tsuiso in Japanese. During battles the drivers confront each other one leading and the other chasing in the first run. The starting order is reverted during the second run. The driver who gets the best score at the end of the two runs adances to the next stage. In our example Aasbo leads Zhang in the first run and during the second one Zhang leads Aasbo.
The following image shows the Long Beach 2016 Formula Drift bracket.

Different judges adopt different judging methods, but even the same guys can judge differently from track to track. It would be best if you could watch the drivers’ briefing, but since you’re not drivers you won’t be able to. Anyway some judging methods are widely accepted.

The most valued performance is how much countersteer angle is used by the driver and how constantly this angle is applied. I should watch carefully how much of the tyres is outside the car body. This is especially important while the driver races in the longest turns and during direction changes. Many drivers will be able to get much angle when attacking at the beginning of the turn, but what makes the difference is the countersteer angle during the whole turn. If you see the tyres moving a lot or disappearing inside the body, then it’s very likely going to be a low score.

During most events the ideal line is set up once during qualifying and drivers have to drive on it during battles too. The ideal line is drawn by smoothly connecting the clipping points which are marked by cones, or by drawing signs on the asphalt. King of Europe tracks are often marked using cones and white marks.

Drifting is raced two at a time

The main race event are the battles. During battles you need to combine the previous suggestions along with drivers proximinty. The lead driver needs to follow the ideal line while his opponent -the chase driver – needs to stay as close as he can to the lead.
The chase cannot touch the lead and he should be penalized if he does so. Small contacts can be allowed but harder ones or spinning the opponent always lead to a zero score. Contact responsibility can be lead drivers too. In many occasions the lead driver has been penalized for driving too slow and having forced the chase into a contact. Fair play is very importanti in drifting and smart asses aren’t beloved.

We do not use chronos

You should always keep in mind that Drifting on a judged sport and even if you are right you could have a different idea from the judges’ one. Getting angry is useless, espacially if you are not competing. You should also keep in mind the judges’ scoring is inlfuenced by simpathy and he has access to telemetry data which can show data which is invisible to the naked eye. If you want a cold and clear result then you should opt for time attack or drag racing. If you want show and entertainement then Drifting is the right choice for you.

See you for the next race

Everything about Toyota AE86 – Tha Mother of all drift-cars 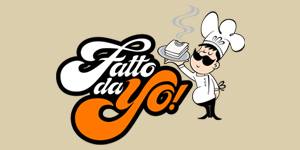